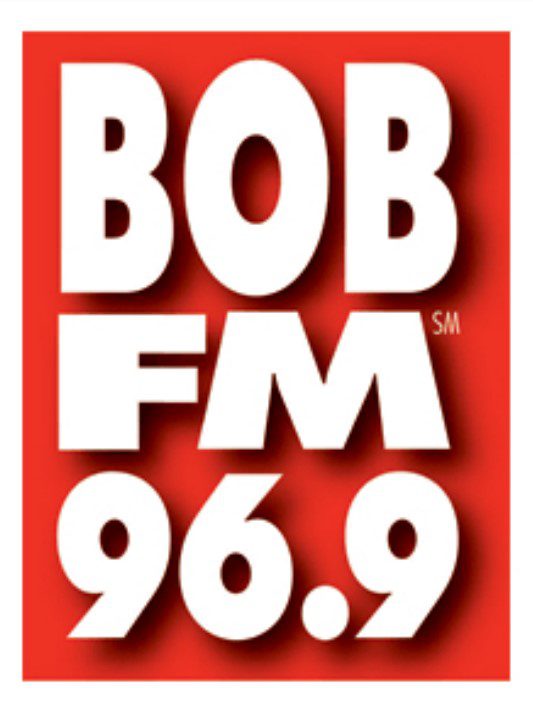 The Find Edgar contest with 96.9 BOB FM will run periodically beginning 3/9/2022 throughout 2022.  Listeners can find out about locations (and times) for the contest by listening to 96.9 BOB FM/Pittsburgh or visiting bobfm969.com. At BOB FM events/remotes where the Find Edgar contest is scheduled, listeners will stop by and look for the Edgar Snyder figurine that is hidden by 96.9 BOB FM.The figurine, created and hidden by 96.9 BOB FM, will need to be found and brought to the BOB FM tent (full figurine, intact and with stand) and given to a staff member on-site at the BOB FM booth.  The staff member will determine if that listener is a winner and will award the $100 cash.  The figurine is property of 96.9 BOB FM and must be returned to returned to redeem the prize. No other figurine or item with the likeness of Edgar Snyder will be accepted. In the event of a tie, where more than one person handles the figurine, both parties will be entered into a random drawing where one winner will be awarded $100 cash.  At no time will the cash be split among listeners.  One winner per address throughout the contest period.  One winner per doll; one listener cannot turn in two dolls. Participants must be 18 years of age or older, show photo ID and fill out the 96.9 BOB FM winner form on-site before any cash is awarded. If the listener cannot provide photo ID, that winner is disqualified. Anyone under the age of 18 who turns in a doll will not be qualified to win.  The listener who turns in the figurine must be the listener who is vying for the prize. No one other than the person who is handing in the figurine can be the potential winner. The $100 cash cannot be traded or exchanged for another prize.  96.9 BOB FM reserves the right to end the game on-site at any time. 96.9 BOB FM is not held liable if the figurine has been found and the prize(s) have been awarded before the end of the event/remote. If the event/remote is over and the figurines have not been found, the game will end with no winners. If figurines are lost and not recovered at an event/remote, at no time can the figurines be turned into 96.9 BOB FM for cash.  By participating in the contest, 96.9 BOB FM has the right to use your photo, first name, and town for on-air/social media/website purposes.
By participating in this contest, you agree to hold harmless 96.9 BOB FM, Steel City Media, and Edgar Snyder & Associates.

1.     No purchase or cash transaction necessary to enter any contest.

2.     Each contest is sponsored by WRRK-FM and jointly sponsored by any entities providing prizes or entries (individually or collectively “Sponsor(s)”).

3.     Void where prohibited by federal, State of PA, or local laws. Participants must be 18 years of age or older (unless stated in other contest rules that apply to that contest) to participate in all contests on WRRK-FM. Listener must reside in WRRK FM’s listening area (Allegheny, Beaver, Butler, Fayette, Washington, Westmoreland counties)

4.   Odds of winning are based on the number of entries received.

5.     All entry information, whether on-air or on BOBFM969.com must be accurate and complete. Incomplete entries will be immediately disqualified. It is not the responsibility of WRRK-FM to contact the Participants to verify or complete an entry.

7.     Only one (1) prize per household per promotion, contest, or concert/event is permitted.

8.     Winners are responsible for any and all federal, state, and local taxes, which may be payable due to receipt of prize.

9.     All phone calls are subject to be recorded, edited and played back on-air.

10.  Participants may not use sophisticated telephone or computer equipment to win the contest. Winners who are found to have used such equipment will be disqualified.

12.  By participating in a contest that requires consumer created materials to be submitted, including but not limited to photographs, videos, audio, stories, essays, participants agree that the materials are not indecent, vulgar, or offensive against generally accepted standards of propriety or good taste; the submitted material will not place WRRK-FM or any sponsors under any obligation;

13.  Winners will be notified by phone, email or mail. WRRK-FM is not responsible for incomplete, illegible or out-of-service contact information. If WRRK-FM is unable to contact the Winner after reasonable effort, WRRK-FM has the right to disqualify the Winner and select another person from the remaining entries.

14.  Participation in the voting portion of any contest is limited to one vote per person per email address unless otherwise stated. WRRK-FM reserves the right to disqualify any participant/entrant if they receive multiple and/or irregular votes or multiple votes from the same user or users, including but not limited to, votes generated by a robotic, programmed, script, macro or other automated means or other source.

15.  Winners must agree to release and hold harmless WRRK-FM and its affiliates, agencies, advertisers, sponsors, licensees, and immediate families from claims, liabilities, or legal actions which may arise as a result of winning a prize in the contest.

16.  Employees, agencies, representatives, affiliates, and immediate families of WRRK-FM and any official contest/promotion participant, and employees of other radio stations licensed are not eligible to enter any contest,

17.  Prizes may not be exchanged, substituted, transferred or redeemed for other prizes by winner. Prizes are non-transferable. Cash will not be awarded as a substitute for prize. Tickets cannot be sold under any circumstance.

18. WRRK-FM or Sponsors reserve the right to substitute prizes of equal or greater value. Where applicable, tax forms must be completed.

19.  To be eligible to win, each winner will be required to sign a release giving WRRK-FM permission to use his or her name, picture, portrait, likeness and voice, including but not limited to, any video, audio, photographic or print material which involves the winner(s) or their families for promotional use without further permission or additional compensation. Winners will be required to execute and return an affidavit of eligibility and release as a condition of winning.

20.  Winners must present a photo id (driver’s license, government issued photo id, passport, etc.) before prize will be distributed. All insurance costs are the responsibility of the winner.

22.  Prizes not claimed stated above in line 22 will be forfeited by winner.

23.  By entering, entrant agrees to hold harmless and indemnify WRRK-FM and their respective parents, subsidiaries, affiliates, directors, officers, governors, employees and agents against any and all liability, damages or causes of action (however named or described), with respect to or arising out of either entrant’s participation, or the receipt or use of the prizes awarded in the promotion.

24. WRRK-FM is not responsible in the event of any technical difficulties with any equipment, including but not limited to, telephone equipment, ISP failures during any and all contests.

25. WRRK-FM is not responsible for any events beyond their control (acts of God, cancelled concert, artist or performer non-appearance, etc.).

27.  For a list of prize winners for any particular contest, send a self-addressed, stamped envelope to “Contest Winners”, WRRK-FM C/O Promotions Department at the radio station address previously stated above. 280.  By participating in any contest, the entrant agrees to accept the decision of WRRK-FM as final with regard to the awarding of the prizes, the selection of winners, and the interpretation of these rules. WRRK-FM may waive any of these rules in its sole discretion.

28. Prize winners who violate any of these rules may be banned from winning future contests.

Made with ♥ by Vipology • Influenced By Radio